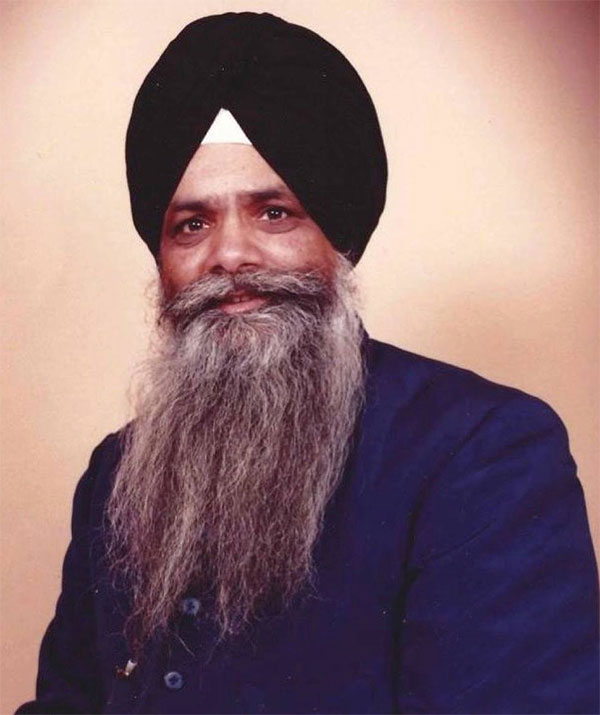 Giani Preetham Singh Jee was born in 1933 in the month of Maagh in the ambrosial hour of 4am at the home of their maternal grandparents, village Rathaa, District Gurdaaspur. The ancestral village of Giani Jee is in Mohan Bhandareeyaa but they have settled in the town: Raikot, Ludhiana. Their mother is Mata Balwant Kaur Jee and their father is Sardar Mejaa Singh Jee Kang. Their mother and father were both Amritdharee, filled with devotional love, dedicated to nitnem and engaged in the honest livelihood of agriculture. They believed in sharing what they had and donating dasvandh. Their main interest was to visit sights of pilgrimage. Their father would sing straightforward dharnas and contributed much support to the Akalee Movement. Giani Jee’s father was also present in the 13th Jatha at Jaitho.

At their birth, their maternal grandmother, Mata Utham Kaur Jee took them to the Gurdwara and offered Karah Parshad and had an Ardhaas performed. After that the hukumnama of Sri Guru Granth Sahib Jee came:

Taking the first letter of the Hukumnama as per tradition, the child was named Preetham Singh. Their maternal grandfather, Shaam Singh Jee of the Randhava clan was one of the leading Akalees of their area. He was known to be a great researcher of Gurmath(i), a leader in the 11th jatha of Jaitho Morcha and also took a jatha to Guru Kaa Baagh. They were the brother-in-law to Shaheed Lachhman Singh Jee.

The religious life of their grandparents had a profound effect on Giani Jee. Giani jee would assist their father in farming. They studied three grades of school after which they learnt Gurmukhee. Baba Giyaan Singh Jee ‘Garhvayee’ taught them martial arts. 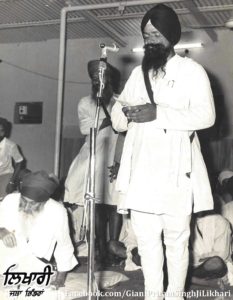 The father of Giani Jee was one of eight siblings, Giani Jee themselves has six siblings. It was a large family. They enrolled in 1951 to the jatha of Sachkhand Vaasee Brahm Giani Gurbachan Singh ‘Khalsa and studied gurmath until 1963. They remained the scribe of Mahapurkh for 6 years. They were a chief student of Damdami Taksal. By performing various difficult tasks and studying deeply they impressed Mahapurkh greatly. According to the instructions of Mahapurkh they stayed Head Granthee and Katha Vachak of Gurdwara Dhookh Nivaaran Sahib from 1963 to December 1969. The sangat of the city and the leaders of the SGPC were influenced greatly by Giani Jee and respected them very much.

In December 1969 they became the Kathavachak, Head Granthi of Gurdwara Sri Guru Singh Sabha, East Africa in the Kisumoo city of Kenya. Giani Jee influenced the local sangat greatly. They preached at many large places such as Kenya, Uganda and Tanzania. They inspired many to become baptized and were respected greatly. 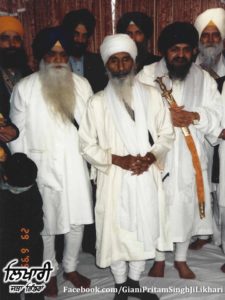 Gurdwara Forestgate. The Sangat gave them a great deal of respect and continue to do so until this day. In 1979 they became the head granthee of Sri Guru Singh Sabha, Southall. They earned a great deal of respect through their katha and ability to inspire people to become initiated into the fold of the Khalsa. Becoming free of their duty in February 1986, they travelled five times to Canada, four times to America, twice to Hong Kong, Bangkok, Singapore and Malaysia, fifteen times to Germany, seven times to Norway and four times to Italy. All these trips were on special invitation. They went twice to Australia, Holland, Belgium, Paris and New Zealand etc to propagate Gurmath(i). There is great influence from the katha of Giani Jee in these countries and the sangat respect them greatly. Giani Jee is often respected for their propagation of Gurmath(i) and Amrit Prachar in newspapers and are respected internationally.